Voice of the Arctic Iñupiat serves the eight communities of Alaska’s North Slope Borough – the northernmost municipality in the United States encompassing nearly 95,000 square miles. The North Slope, or Arctic Slope region, stretches from the Brooks Range north to the Arctic Ocean, with its western coastline along the Chukchi Sea and its eastern shores on the Beaufort Sea. Its remoteness, geography and climate present unique challenges and opportunities for the region and its inhabitants.

One day our children and grandchildren will say, “Our leaders had great vision and foresight, were unified, and prepared a path for us to continue to thrive.”

As an organization, VOICE believes its work is vital to creating a better future for Arctic communities. We challenged our members to imagine – if VOICE successfully fulfills its mission, purpose and goals – what the region may be like 30 years from now. The results of this exercise, “Vision 2050”, resulted in some common themes surrounding: subsistence; language and culture; health care; transportation; housing and infrastructure; resource development; economic sustainability; and more. 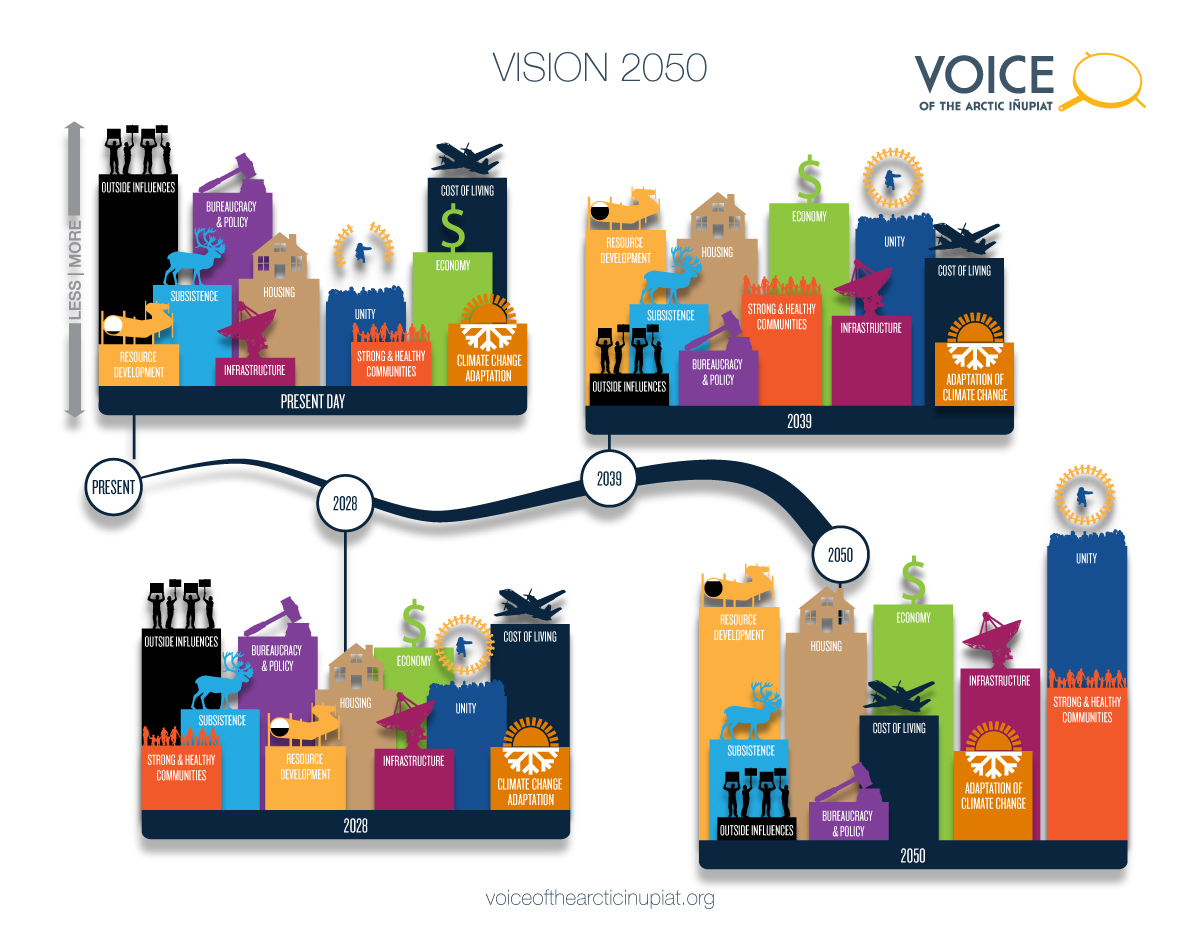 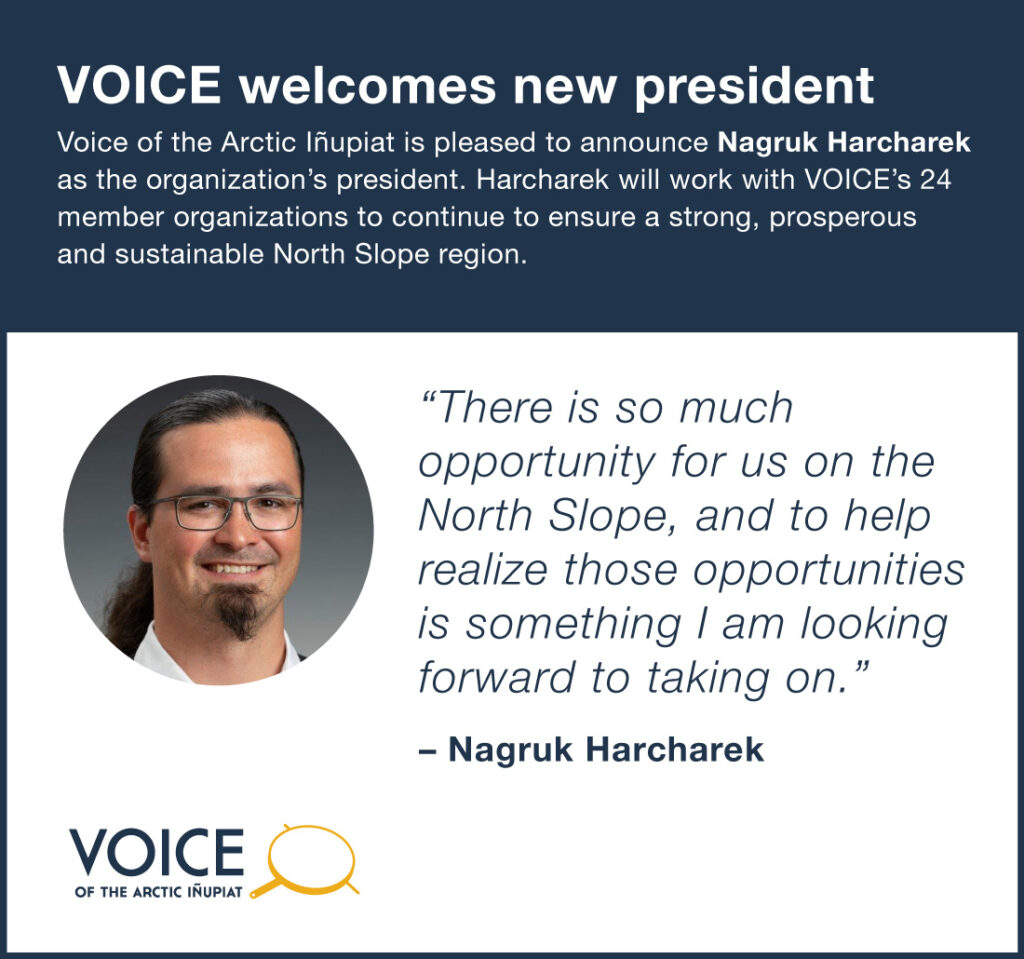